Sparta, MI. – There weren’t any games played at the new Sparta Recreation Authority Sports Complex in 2016 nor will there be this summer.

If the funding does come in as pledged, if a state grant is approved, and if the volunteers who have offered to build some of the other facilities do the work they have said they would do this summer, there could be Little League games played at the 90-acre park in 2018. But right now, even playing a few games there next summer may be a challenge.

Work on the new multi-sports complex, located in the northwest corner of the village off State Street, started in 2015.

When SARA officials held the ground breaking for the project in June 2015, they said they hoped the park would be at the point where at least a few Little League games could be played at the park in the summer of 2016. They conceded at the time the schedule was aggressive.

Work hasn’t stopped entirely on the park this summer, but it has slowed as the Sparta Recreation Authority, which oversees the park, and the Sparta Area Recreation Association, which is building the park, wait for additional funding to continue the project.

While the two groups wait for additional funding, a lot has been done on the park. The site has been leveled, the four Little League fields built, and have been fenced in and seeded. Other recreational fields have been initially seeded as well. 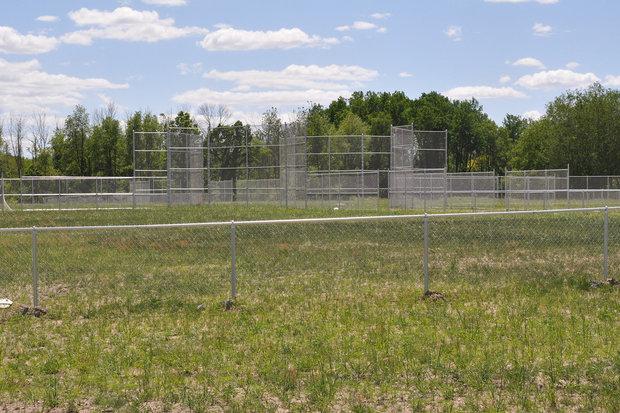 The road into the park and the parking lot both remain unpaved and no other improvements have been made at this point.

Sparta Township Treasurer Rachel Shangle is a member of the SRA board. She said the group hopes to have the concession building and restrooms completed yet this summer — but those facilities are being built with volunteer labor who will work on the project when they have time.

More than $2 million in donations have been spent to date to level the site and get the first phase of the park to this point.

There is still nearly $200,000 in donations available for construction and another $300,000 in pledges, which are expected to come in over the next three years.

The first phase of the park is expected to cost nearly $3 million to complete.

Shangle said the main issue slowing down construction is that much of the money that has been pledged to build the park is coming in over time. If they had all of the funding when construction started, the park may have been much closer to being completed by now, she said.

If the SRA is successful in securing a grant from the Michigan Department of Natural Resources, the money will be used to pave the entrance road and parking lot yet this year, but notification of the state grant awards aren’t sent out until the fall.

Still with all the delays, the SARA is hopeful the park will be to the point next year where the community can start using it.

The park was first proposed in 2012 as a way to bring all of the village’s playing fields to one park and to give the community the facilities to host large soccer and rugby events.