Why Salina? Is the proposed sports complex a comprise for I-81 changes? 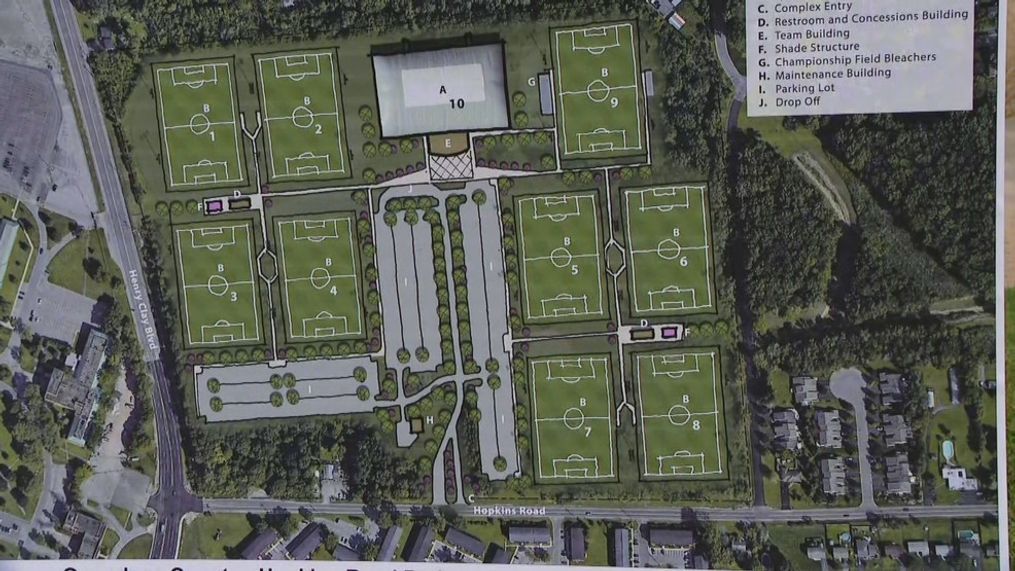 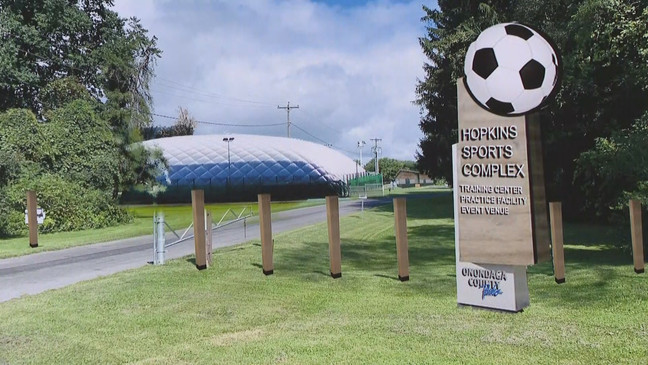 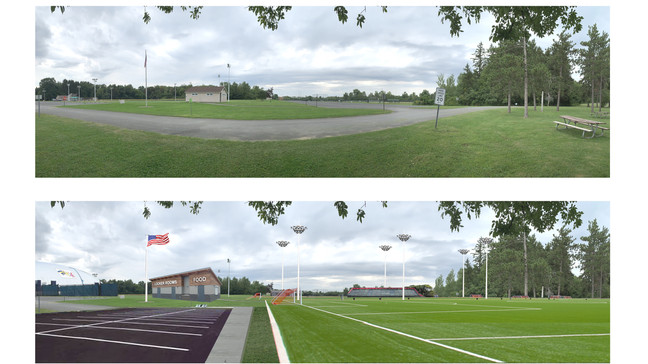 SALINA, N.Y. — The Onondaga County Legislature approved the spending of $25 million to construct a 10 field soccer and lacrosse complex in Salina at the current site where Hopkins Road Park is.

There was a contingency with the approval in that the legislators wanted more time to ask questions and study the project before making a final decision. The next vote is expected by the end of the year. If approved, the county is expecting to break ground by the end of 2022.

The project was an idea by Onondaga County Executive Ryan McMahon. He said the current park is underutilized as it is and thinks there is more potential.

“You’re looking at an economic impact close to 40, 50, $60 million depending on which way you look at it. That means jobs,” he said. “We envision this being something that can do so much more and have such a better economic impact for the community.”

The county did an independent market study to find where the most successful spot would be for this project. It found the site in Salina would be best given the fact the county already owns it and is close to highways like the New York State Thruway and Interstate 81.

It looked at other sites including DeWitt and Syracuse. The current site allowed the project to be all in one whereas other sites meant the fields would have to be in different locations.

The county executive has committed to replacing the baseball and softball fields at Hopkins Road Park elsewhere. They’ve looked into Carrier Park in DeWitt as a site. The county executive proposed, and was approved by the legislature, $2 million in the 2022 budget for this process. He’s also committed to proposing another $2 million in the 2023 budget to continue furthering the need to finish the moved fields.

The county executive has proposed to spend $25 million of stimulus money on the project. That has received pushback from some government leaders in the area. The county executive said the funds were part of the American Recovery Plan to help communities with economic recovery. They say a professional market analysis was done that proved the project would be a major economic boom for the community.

Why soccer and lacrosse fields? McMahon said the study found the focus should be on those.

“The sport of lacrosse was founded here on the shores of Onondaga Lake not too far from where we are right now,” he said.

Neighbors in the apartments across the street from Hopkins Road Park have mixed opinions on it. Some, like Michael Sims, are in favor. Having coached soccer, he said he sees the sport growing.

“I think it would grow the sport even more for that and get more people to come to the area for that,” Sims said.

He said he doesn’t frequent the park too much except with his daughter. A neighbor of his, Glenn Brooks, walks it twice a day with his dog.

“This is a great park because generally in the summertime you got baseball, you got people all over baseball,” he said.

Before and after renderings of the proposed $25 million sports complex at Hopkins Road Park. It would replace the softball and baseball fields with ten turf fields for soccer and lacrosse (photo: CNYCentral).

Brooks would like to see the park stay as is, but thinks things change with the times. Other neighbors in the apartments shared their concerns with the proposal. It included more lights shining in their homes. McMahon said glare concerns will be addressed and other environmental impacts.

They also referred to already-established soccer fields down the road at Electronics Park. McMahon said tournaments have to be played on turf fields as proposed. The main concern many residents shared was increased traffic on Hopkins Road. Some wanted to see more entrances than just the one to alleviate traffic congestion. The county executive said that will be considered moving forward.

“If there are issues, you have to then mitigate those issues and sometimes that means you make investments to help alleviate those concerns of traffic,” McMahon said. “These are the types of questions that will be answered before somethings done or else the project just can’t move forward.”

The county executive said another reason Salina was picked was because of the potential impacts changes coming to I-81 could have on the town.

Construction will begin to replace portions of the interstate in Syracuse with a community grid. Businesses, especially hotels, in Salina have expressed concerns now that traffic will be routed to towns east and west of Syracuse. Salina is directly north of the city.

“One of the nice factors was… is that the same hotel cluster that could be hurt, it’s very likely that the tournaments here will go support that hotel cluster,” McMahon said.