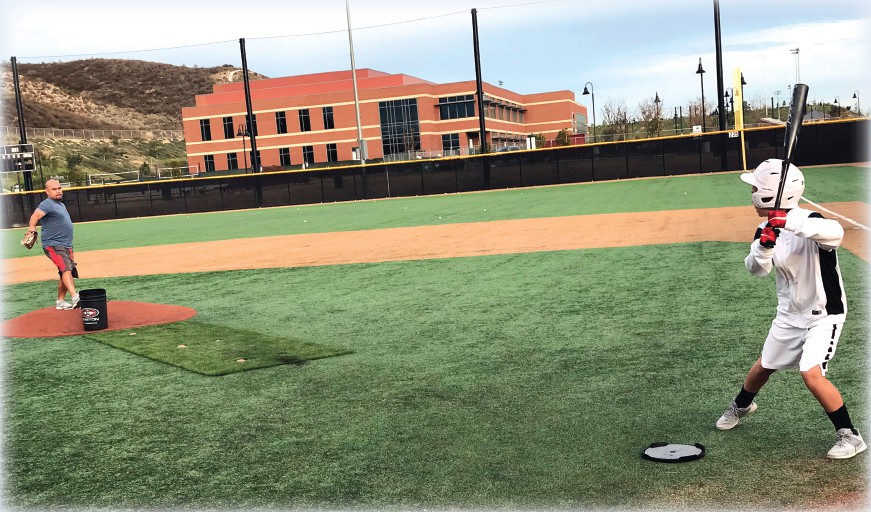 The $26.2-million park will be dedicated by Westlake Village, CA officials during a public ceremony and open house at noon Sun., Jan. 21.

The project’s donors, sponsors and partnerships will be honored, and guests will be treated to free food, games, youth sports demonstrations, photo opportunities and fitness equipment instruction. Former Los Angeles Dodger great Ron Cey will speak at the ceremony and will be available for photographs.

West- lake Village City Councilmember Brad Halpern said he’s excited about the city’s crowning achievement. Construction started in 2009 and was followed by a soft opening for a pair of ball fields and a skate park, but Sunday’s ceremony will officially open the park to the public for the first time.

“It’s spectacular. You’re only 100 feet above Thousand Oaks Boulevard but it feels like half a mile,” Halpern said. “The view from up there is great. More importantly, the facility is head and shoulders above other facilities— the baseball fields with brick backstops look like Wrigley Field.

“Everything about it is just a pretty place for the community to play—even with the gazebo overlooking the entire Conejo Valley, just to take a picnic lunch up there,” Halpern said.

Brianne Anderson, community services director for Westlake Village, said the project took decades from conception to completion because of a range of issues—location, planning, funding and construction. Construction crews had to remove hundreds of millions of cubic tons of dirt just to cut space in the two hillsides where the park lies.

The park’s first proposed site— on Lindero Canyon Road in the Canyon Oaks community about one mile north of the present site—was rejected by homeowners. But a later land swap with the homeowners provided the hilltop location where the park now sits.

“Looking to find a space big enough to do a project of that magnitude was something that took years,” Anderson said. “The public workshops with the sports groups, with the community, with kids, adults, seniors, to find out exactly what elements we needed to have that people felt might be missing from our community that could be held up there, like the skate park or sports fields, were a big need that was found by hosting those meetings, as well as just a place for people to congregate,” she said.

The city built the park in partnership with the YMCA, which has a facility on the premises that isn’t yet open. Construction of the building stalled after the project ran out of funds. Ronnie Stone, president and CEO of Southeast Ventura County YMCA, said the group underestimated the cost of constructing the 55,000-square-foot facility, but continues to raise funds and hopes to have the Y fully financed before the end of the year.

When it’s finished, the YMCA will house a fitness center, two pools, a basketball court and multipurpose space for classes ranging from business to yoga.

“One of the things we’ve all been frustrated about is you have these parents taking their kids to soccer or football practice, all these things, and they’re stuck sitting in the car waiting for the kids,” Stone said.

“Our hope is now . . . while their kids are playing soccer, the parents can be swimming, working out, doing the walking track, whatever it might be. We’ve kind of created a cornerstone for that region, so it’s really exciting to see this thing finally come to fruition,” Stone said.