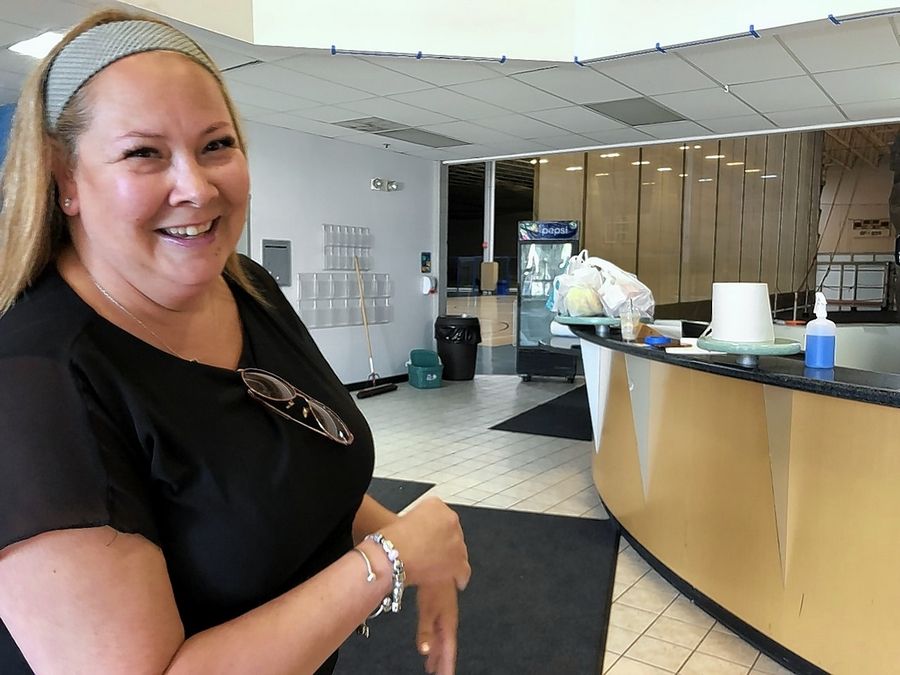 Libertyville, IL. – To thousands of motorists who pass each day on Route 45 or Peterson Road, the village-owned Libertyville Sports Complex looks much the same as in March 2020, when it was closed because of the coronavirus pandemic.

But a lot has happened behind the scenes, including the village’s exit from day-to-day operations. On July 1, it reopened as Canlan Sports, a Canadian-based business eager to revive the spacious facility and strengthen its brand in the suburbs.

Nick Mostardo, the village’s finance director, said Libertyville has been “more than impressed” with the professionalism and attention to detail shown by Canlan as the transition unfolded the past 60 days.

Changes in the look and feel of the facility are pending but are not considered major in the big picture.

No one had stopped early Thursday but plenty of people have been calling and emailing, according to Kerr.

“They’re just so happy we’re open and they can come back,” she said.

Canlan’s immediate goals in Libertyville are to introduce itself and let customers know they’re open. A social media campaign is underway and Canlan has been contacting past users from a list made available by the village.

The Lake Barrington and Libertyville indoor facilities are similar in size at 175,000 square feet and 169,000 square feet respectively but have different numbers and types of sports fields.

Canlan has an option to buy the Libertyville Sports Complex for $3.75 million anytime during its lease.

The arrangement was hailed by Libertyville officials when it was announced in April. The sports complex also includes a golf driving range/learning center and mini-golf course. Those elements have been closed, with separate sales for other uses in the works.

“The village remains committed to supporting the indoor recreational needs of its residents while simultaneously supporting Canlan’s efforts to create a long-lasting community enterprise at the sports complex,” Mostardo said.

The indoor portion broke even but the village has been transferring about $1 million a year to cover outstanding debt for the complex, which opened in 2002.

The debt is just under $13 million but is expected to be reduced by refinancing, Canlan rental payments and the eventual sale of the other two pieces.