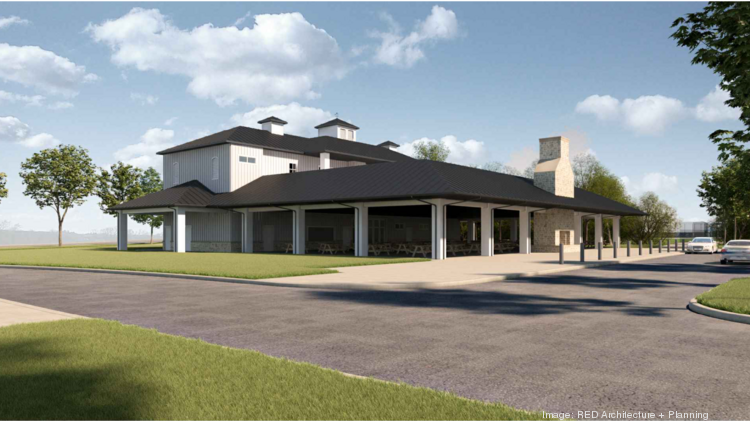 A crucial part of the $1.5 billion Evans Farm development is going ahead after a delay.

The Park, a 57-acre, 10-field sports park will begin on the western edge the expansive Delaware County development. On Monday, Orange Township trustees approved a final zoning amendment for the park.

Construction will begin in June on the sports complex, which will include two youth baseball fields and eight multi-use fields for baseball, soccer, lacrosse, field hockey and football. Jennings Land Development will be the builder.

The park will complement 3,100 housing units and 580,000 square feet of commercial space in the $1.5 billion project, which is now under construction in Orange and Berlin townships.

“This is the next big step in the community’s continued investment in Evans Farms,” Delaware County Economic Development Director Bob Lamb said in a statement”. “The Delaware County Finance Authority has played a critical role in getting the project to the finish line. We continue to assist through a number of financing tools that will move the Jennings Sports Park to fruition.”Construction on Jennings Sports.

The park is meant to be a local attraction for residents of Evans Farm as well as the 30,000 people living in Orange Township. But the project had some difficulties after its original developer, Central Ohio Sports Management, wasn’t able to move forward with plans to break ground last year.

“Our community is in dire need of additional fields to serve our many leagues and youth groups,” Ryan Rivers, chairman of the Orange Township Trustees, said in the statement. “Not only will this bring relief to our current demand, but it is a really impressive addition to the area in general, and Evans Farms in particular.”About two-thirds of the potential use for the facility would be local little league teams, but it could host sports tournaments as well.

A 2017 study by Dallas-based data house Orbis Research found that youth sports is a $15.5 billion market in the U.S., rivaling the $14 billion NFL. Growth has come as traveling teams, which bring families along for weekend trips, has become more popular, especially in suburban and exurban areas.